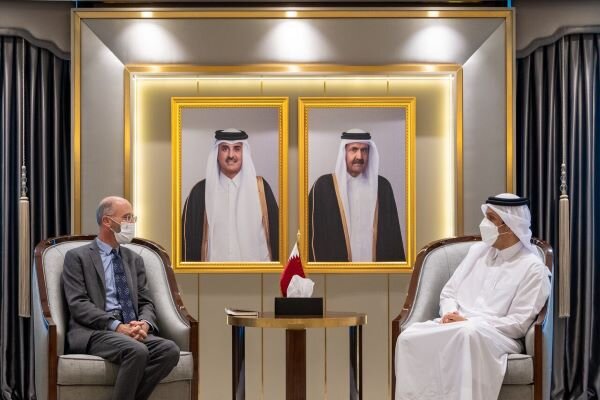 According to the statement, the two sides discussed bilateral relations, the latest developments over Iran's nuclear deal known as JCPOA, and some issues of mutual concern.

Qatar's Ministry released no further detail about this discussion.

Earlier on Thursday, the Qatari foreign minister and the Emir of Qatar at the head of a high-ranking delegation traveled to Tehran and held talks with top Iranian officials.

The Vienna talks between the Iranian delegations and the P4 + 1 (Britain, France, Russia, China, and Germany) with the indirect involvement of the United States, which is not a JCPOA participant anymore after its illegal withdrawal from the deal in May 2018 were paused on March 11 at the request of the EU foreign policy chief Josep Borrell amid the US refusal to lift the sanctions.

Iran has said that it is in no hurry to reach an agreement with the West until the remaining issues left in the talks, which have to do with the sanctions, are resolved.

Will Israel be held accountable? In conversation with the new UN Special Rapporteur in Palestine